The left, the current British Labour Party and their associated apologists in the media are suffering from a malaise which is eating away at our confidence as a nation and as a people. It is like a psychological affliction because it is so irrational. I am talking, of course about a condition called Anglophobia. This is combined with another irrational form of hatred and prejudice namely Anti-Semitism. A cultural change has occurred and the British Left now appears to despise the very people it is supposed to represent- the English working classes who mostly profess a Christian faith. As a consequence they are natural allies with Britain`s Jewish community as they also share a common culture and a shared literary tradition with The Bible.

This appalling situation is to blame for my shifting political allegiances and it is also why I struggle to get any sleep. I take these attacks upon my history and heritage extremely personally. I want to put a few things straight especially now as Election day is looming and Brexit is on everyone`s mind.

The Guardian newspaper offends me greatly. Last Saturday it published an article by Pankaj Mishra which was subtitled “A Nation`s Day of Reckoning”. This is an insulting implication that a “nation” needs to redress its supposed “wrongs”. Quite how ordinary English people are supposed to pay for mistakes committed by people that they have never met and who also lived hundreds of years before they were born isn`t actually addressed.

The article continues in a similar vein as it asserts that “for decades English national identity has struggled to adapt to loss of Empire and industrial decline”. This is a false assertion. National identity remains the same regardless of politics. My identity is the same! If I truly “struggled” then that would mean that my lived experience is completely removed from the experience of people of other national identities or somehow English identity is not an identity at all. Then I would have to conclude that I am either a ghost or a non entity. That very suggestion is beyond offensive.

Mishra writes from a narrow perspective without any historical context himself. He focuses upon India during the British Empire, but fails to mention the fact that the British were just another Empire in a succession of Empires. There were many colonial powers ruling India throughout its entire history. The Maurya Empire conquered India during the 4th century BCE and exploited the wootz steel that emerged in the area. Then for the following thousand years India was ruled by various dynasties including the Gupta Empire. There were multiple imperial powers ruling over India and this continued into the modern period. Most notably the Mughal Empire conquered most of India during the 1700s. The British arrived a century or so later but they were not the only civilisation to conquer and rule over India as the history proves. 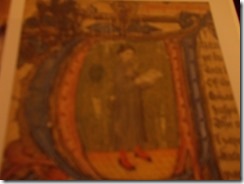 Mishra then ventures into our literary history and invokes George Orwell. However he fails to acknowledge that Orwell`s oeuvre is quintessentially English. “Animal Farm” is much more than a useful political allegory. The book is part of the same English literary tradition as Chaucer and his contemporaries, as it is a bestiary. Unfortunately Mishra then makes a crude association between Orwell and Enoch Powell rather than the more appropriate allusion to Geoffrey Chaucer. This crude and reductive view of English culture prevents a more truthful perspective to emerge. Our literature has a deep numinous quality but Mishra`s reading is rather selective. Along with Orwell he mentions Rudyard Kipling, J.G. Ballard and Evelyn Waugh but either deliberately or carelessly omits Charles Dickens, J.R.R Tolkein and surprisingly William Shakespeare!

It is obvious that this entire article is both dishonest and insulting. He falls into the trap of stereotyping an entire people. This is something that racists and right wingers do, but English identity isn`t a race and it has always been politically neutral. Englishness is a culture shared by people of all races as it is actually a language and a history with deep roots within Christianity. Religious leaders like Archbishop Desmond Tutu, Archbishop John Sentamu and Bishop Michael Nazir-Ali all profess the same heritage and culture even though none of these revered gentlemen are white.

We should be proud to say we are English. Pride is not the same as superiority. The only superior people left in our country are the left wing middle-class intelligentsia who believe that they are above us. They are not and they cannot win. Don`t vote Labour this Thursday.