In every historical epoch there are unsettling undercurrents that threaten the stability of our nation state. Today a tiny sect is dominating our discourse, in the mass media as well as online. In spite of the fact that the majority of the people in this country are Conservative and loyal, there is a preponderance of aggressive left-wing ideologues who want to destroy rather than attempt to build upon the foundations of our nation.

The pervasive myth of “structural and institutional racism” has imbued every area of life. As someone who could be classed as a “Red Tory” I find it astonishing that my level headed assessments of this country and its history are continually dismissed and even censored online. It is as if I am in a boxing ring and the opponent is my own shadow. This is a phenomenon which is escalating at a frightening pace.

David Starkey, the curmudgeonly historian, is the latest victim of the so-called “cancel culture”. Starkey`s adversaries have censored him due to a misplaced turn of phrase, despite the fact that they themselves have spread all kinds of dangerous propaganda about White British people. I am a Red Tory so I do not agree with Starkey, his views appear reactionary to me but I still believe that he is allowed a platform. Everyone is allowed a platform, even those on the Left. However the Left are imposing their view of the world through explicitly violent means and that is objectionable.

I also believe that Harry and Meghan should be allowed to share their views. Many of us will disagree but we need to hear their opinions so that we can contest them.

Harry is just one of our national figureheads to ponder upon our values, identity and troubling history. Shakespeare was acutely aware that Harry`s Royal forebears had the same preoccupations. In the play “Henry IV Part 1” Prince Hal has retreated into a kind of self-imposed exile. He feels that he is no longer part of his father`s Court. The vast Imperial excesses of the Plantagenet’s loom heavily in his mind, as at their peak they conquered Ireland as well as half of France. 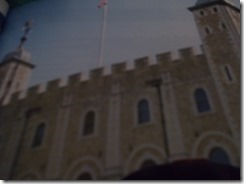 He is uncomfortably aware of the events that lead up to the deaths of the Princes In The Tower. The dark and dastardly machinations of Court are alien to him, the only refuge from this is Eastcheap. Here he finds companionship, and most importantly distraction. But Hal has a debt that he cannot ignore, and the days are fast upon him. Duty is simply a curse, for him it is far from being a privilege. The dive bars of Eastcheap reveal a side of humanity which is intensely alluring to him but he will never be a part of that society. He knows that he is the inheritor of an often bloody and wicked legacy. His destiny awaits him on the battle fields of Agincourt.

I believe that history will judge Prince Harry more kindly. Kindness is in mercilessly short supply in this so-called “culture war”. This war is unfair because the Left keep changing the frontiers of battle so that it becomes impossible for either side to win the conflict. Reconciliation is not something the Left seem particularly concerned about. Their opponents are much more dignified and quietly acquiesce to this temporary defeat, so perhaps the Left need to dial down their aggression if and when any detente is to be reached.